Shobha was blissfully married to her politician husband, Samarth, for nine long years.

At her anniversary party, the police arrive to arrest Samarth who was honey trapped compromising himself and important state secrets. When shobha accidentally heard Samarth talking about his numerous affairs to his lawyers, her world came crashing down.  Angry and devastated, Shobha walked out of the marriage and filed for divorce. Even though life was extremely difficult without Samarth, she took charge of it and her children. The only job she managed to get was that of a personal secretary to the owner of a coffee chain who had already fired 22 secretaries before her.   Vikram was quirky, misogynistic and downright rude and it was his record that his secretaries didn’t ever last more than a day. Initially, Shobha put up with Vikram but later, she gained enough confidence to occasionally give him a piece of her mind.   Soon, their relationship developed into one of mutual admiration and comfort.   Will Shobha find the love and trust in Vikram to pick up the threads of her life again…? 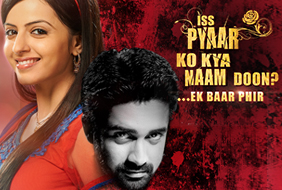