In the year 1993, a newly wed couple, Mahender and Suhasini were on their way to seek the blessings of the Lord in a temple situated in a small village, Ramnamgarh. Little were they aware that the temple was now the hub of black magic performed by the evil sorcerer, Kalasur, who had tamed the evil forces to become the most powerful man on earth. Only one last ritual remained – tantric sex with a “chosen” virgin for which his evil energies had brought Suhasini to his doorstep. But despite all his efforts, Suhasini refused to succumb to Kalasur and grabbed an axe to cut off his head and right arm. Despite being chopped into three parts - the head, the severed arm and the body, Kalasur couldn’t be killed because of his supernatural powers. He cursed Suhasini that no girl in her lineage will be able to consummate her marriage. The day of consummation will be the last day of her life. In order to ensure that Kalasur’s body is never joint again, the villagers bury all the three parts of his body in different places.

The story then shifts to current times.  Karuna and Gauri are Suhasini’s daughters and the elder one, Karuna, has received a marriage proposal from an educated young man, Aman and a meeting is arranged at Ramnangarh.  Suhasini has passed away and the girls have been raised by their stepmother, Damini. Just as the girls step on the soil of Ramnangarh, events of the past stir up again. Karuna accidentally falls into the quicksand pit where Kalasur’s arm is buried and suddenly, the arm comes alive. His consciousness awakens and is able to control his arm telepathically. Villages had forcibly shut the temple and its gates were secured by sacred twine that Gauri unwittingly tears open. As a result, Kalasur’s black energies, which had been tied up for all these years, are released.  Will Kalasur resurrect himself from forced exile and fulfill the curse he had put on Suhasini through her daughters? 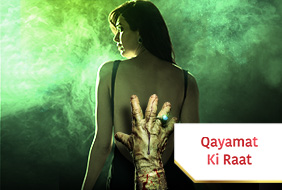 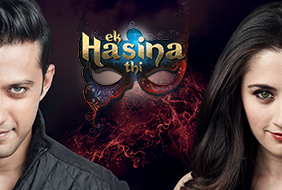 Once, there Was A Beautiful Woman*En 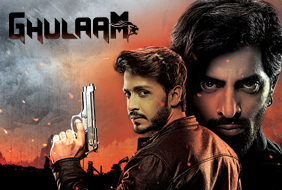