It was love at first sight with the promise of a happily ever after for Virat and Pakhi. But fate plays spoilsport. A story of unrequited love that alters the destiny of four individuals: forever.

Virat is an upright police officer, with an unrivalled sense of duty. He loves his family and is especially close to his brother Samrat an Army officer. Virat falls in love with Pakhi, a travel blogger while on a holiday. After a whirlwind courtship, he departs for an important mission to fight ultras in a remote area with the promise of marriage on his return.

En route to the mission, Virat and his mentor, Inspector Kamal find themselves ambushed by the ultras. Inspector Kamal selflessly saves Virat by shielding him from the rain of bullets only to grievously injure himself. He entrusts Virat the responsibility of his daughter Sai before succumbing to his injuries. Virat promises to honor his last wish.

Sai is devastated with the passing of her father but before she could comprehend her loss, she becomes the target of the Naxals. Virat marries her with the promise to protect her and fulfill her dream of becoming a doctor. Sai, though unhappy reluctantly agrees to move to the city with him for a better future.

Pakhi is distraught because she is unable to get in touch with Virat during his remote posting and finally yields to family pressure and marries Samrat; unaware of his relationship with Virat.

What will happen when Virat returns home with Sai? Will time heal Pakhi’s wounds? How will Samrat cope with the ghosts of their past? 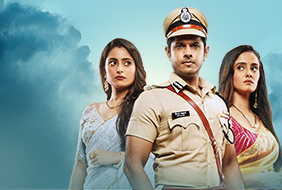