The most iconic and romantic show ever is back!! Kasautti Zindagii Kay – Wapsi tells the soul-stirring story of love, betrayal, revenge and retribution.

Set in contemporary times, on a bigger and better scale, the show stays true to its original characters and spellbinding music adding new twists and turns in the story.

Anurag and Prerna fall deeply in love and are genuinely committed to each other. But due to a culture clash, their families oppose their union and Anurag’s mother Mohini emotionally blackmails him to marry Komalika. Devastated at Anurag’s betrayal, heart-broken and pregnant with his child, Prerna, now hates Anurag as deeply as she had once loved him.  She accuses him of marrying Komalika for material gains and social status and vows to seek revenge. Meanwhile a deeply repentant Anurag pines for Prerna and secretly helps her to establish her career, willingly destroying his flourishing business for her retribution. Anurag’s regret intensifies when he unearths that Komalika manipulated Mohini to marry him for fame and fortune. But when it is revealed that he has a son, Prem, through Prerna, Anurag rises like a phoenix from the ashes to get back all that he has lost in love. 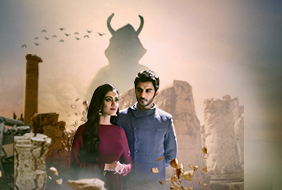