Omkara, Rudra and Shivaay are scions of the powerful and affluent Oberoi business family. The cousins are extremely close and always have each other’s back. But with succession plans in the offing, will their love stand the test of their own wealth?

The Oberoi family was known for their flamboyant wealth. Their company was among the top companies in India.  With the money also came the glamour. The second-generation scions – Omkara, Rudra and Shivaay were on every eligible bachelor list. Their strength was in their unity, in their love for each other and the inseparable bond they shared. Omkara was the creative one - a sculptor.  His exhibitions were widely anticipated in the art circles mostly due to the rumours about the price of his creations. Rudra, the youngest, was thoroughly spoilt by his brothers – he did nothing but divide his day between the gym and parties. Shivaay, was the face of the Oberoi business empire  - an arrogant and shrewd businessman. He had just two priorities - his business and his brothers.  While the stars shone on the brothers, all three of them fail dramatically at love.  Then they all fall in love again - with women who are in stark contrast to their personalities. Don’t they say opposites attract, maybe that’s why this time they found deep, uplifting love…..Finally, the picture was perfect!!!! And then came the succession battles.  While the rest of the family is torn with strife, will the brothers be successful in bringing them together? 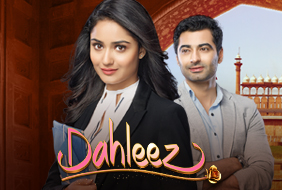